The Nodding Folk was the name of the musical project with the members David Tibet, James Mannox, John Balance, Peter Christopherson, Sam Mannox-Wood, Simon Norris, and Steven Stapleton from the groups Current 93, Nurse With Wound, Coil, Cyclobe and Spasm. 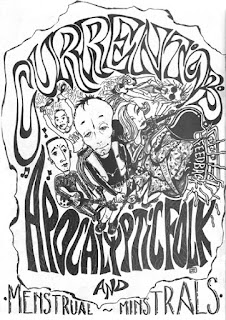 The group got together specifically to record a single album : « The Apocalyptic Folk In The Nodding God Unveiled ». This 10 minutes CD was first released in 1993 and was coupled with a comic book full of little hints and inside jokes about Current 93 and friends. 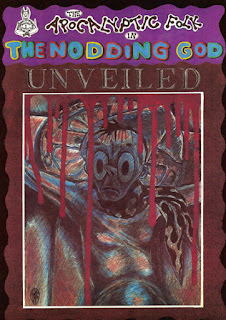 The CD was reissued several time and can be legally dowload from the Coptic Cat Shop site. 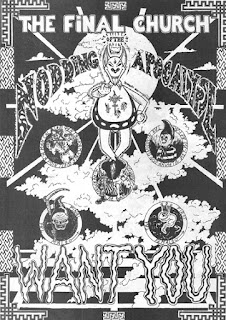 Find also a nice review of this project on the Soft Black Stars site.